Check out 5 lessons from the Professor and mates on strategic planning, project management, process management and risk management. Photo: Netflix

After 5 seasons, the Netflix series La Casa de Papel has come to an end. Fans around the world have finally learned the outcome of the robbery at the Bank of Spain, led by a group of robbers led by the Professor (Álvaro Morte), the protagonist of the Spanish production.

Considered one of the most established series on Netflix, La Casa de Papel occupied the position of most watched non-English language production in 2018. The series recently lost the position to Round 6, a South Korean series that should win a new season. .

The worldwide burglar fever has spread to clothes, hits and internet memes. People from all over the world sported Salvador Dalí masks and donned the infamous red jumpsuits.

The song Bella Ciao, the Italian anti-fascist anthem of World War II played in the series, has been adapted to various styles – from samba to electronic music, from funk to rock. Already iconic phrases, such as “let the matriarchy begins”, invaded the underworld of social networks and became true entertainment hits from there to here.

An Asian remake is on the way. This month, Netflix released a teaser for the Korean version of La Casa de Papel, with actors who will play the famous characters named after cities.

Given the success of these contemporary anti-heroes, after all, what are the teachings left in the series by the most beloved robbers on the planet? More than that, what business management lessons can we learn from the Netflix series?

To answer these questions, we have compiled a list of 5 main lessons we learned from La Casa de Papel.

PS.: The following text may contain some spoilers, but nothing serious. We guarantee.

PS.2: We do not condone crime. And you know: the series is a fiction.

1 – You must have a purpose

The first lesson that the plot offers us is well translated by the Golden Circle, by Simon Sinek. The model’s logic boils down to 3 circles: the largest represents what; within the first, the second represents the how; Finally, at the core of all is why. According to the author, the path to be followed must be started from the inside out – from the purpose of selling a product, a service or, in La Casa de Papel, from the audacious plan of an assault on a real money factory. 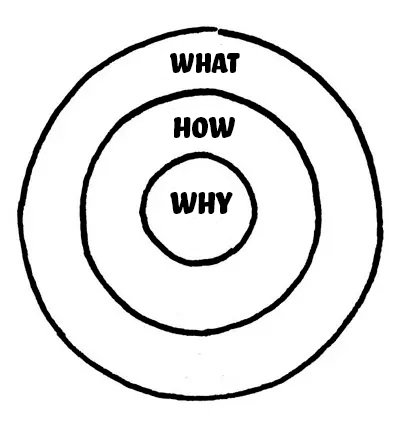 In the series, although it doesn’t explain it in a linear way, the idea of ​​carrying out a grand theft starts with a why. The character Sergio Marquina, the Professor, was the son of a thief, Jesús Marquina. His father was the originator of the idea of ​​a major robbery of the Mint in Spain. However, in one of the robberies, he is killed before even putting it into practice.

The Professor then assumes the criminal project idealized by his father as a great purpose in life. The objective was clear: to honor his father’s audacious dream and realize a true masterpiece of crime.

“When we started, we had no idea what our name was, but we knew what our dreams were.” – Tokyo (Úrsula Corberó), one of the main characters of the series

In selling the idea to those involved in the crime, professionals in the field with different skills, the Professor was so convinced in his purpose and in the solidity of his planning that he was able to convince everyone that, yes, that project would be a watershed. in everyone’s life. On the ethical level, he was able to persuade everyone with the idea that, by producing his own money at the Real Casa de la Moneda, a robbery would not be committed. A true king of persuasion.

These were the first casts sought by the Professor to support the strategies of his grand plan. 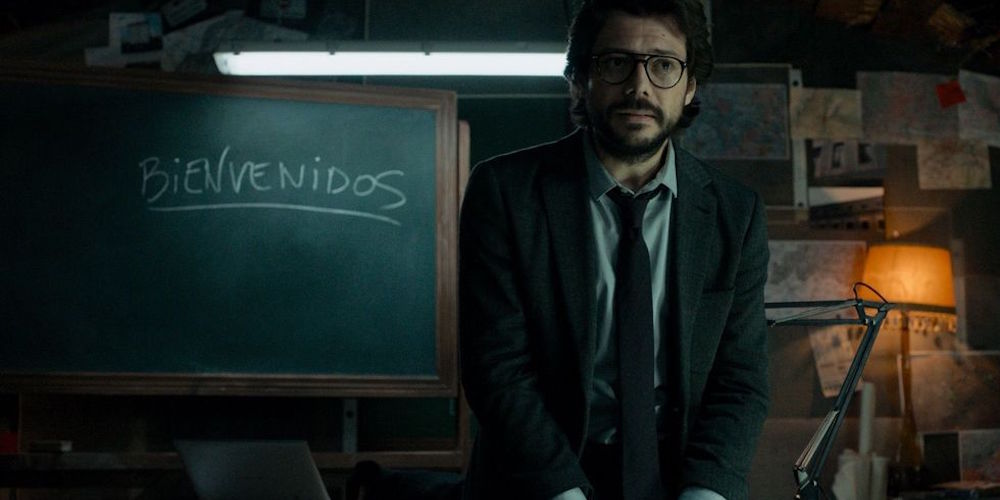 2 – Planning is the key to execution

Can you imagine if all the criminals simply got together and, in a short time of discussion, left for the Mint?

Failure would be inevitable.

So we should plan our work. A phrase that sums up this teaching was given by the 16th President of the United States, Abraham Lincoln: “If I only had one hour to cut down a tree, I would spend the first forty-five minutes sharpening my axe.”

Well, those who followed know: the Professor from La Casa de Papel spent years sharpening his axe. Good planning is the key to good execution. 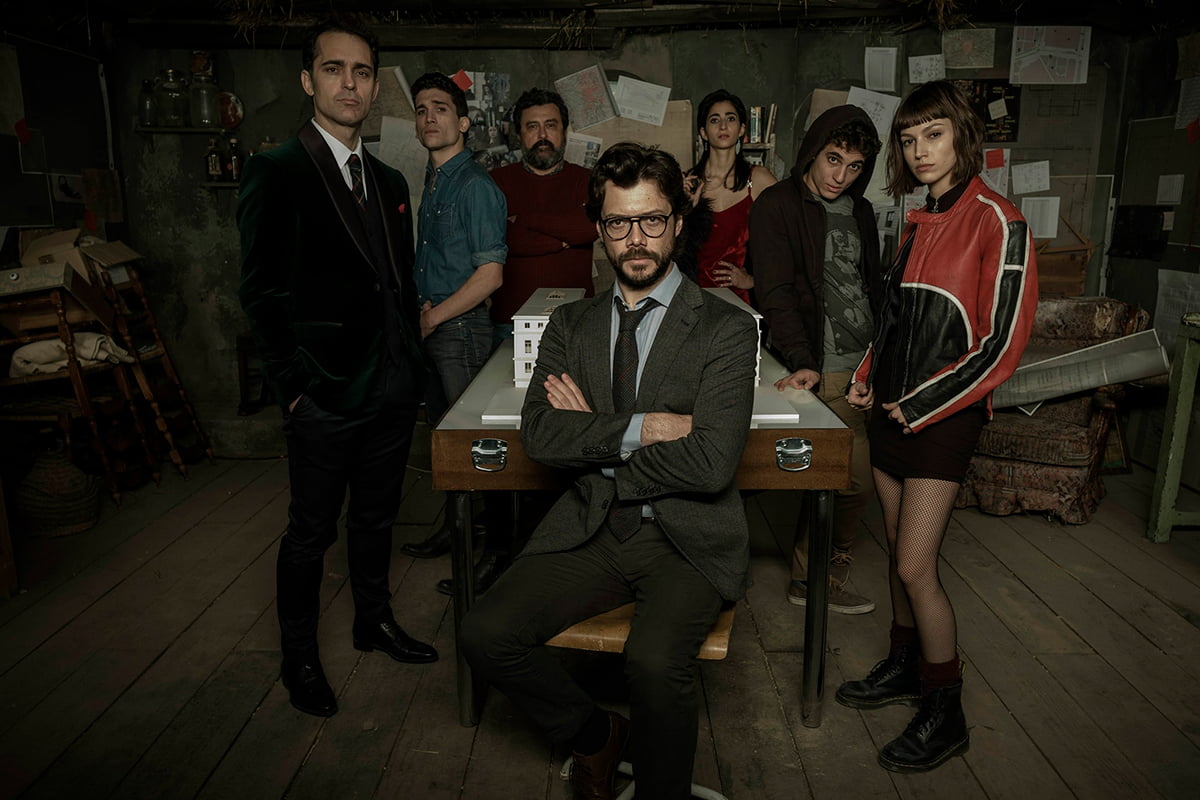 As a true Project Manager (PM), in line with the areas of knowledge of the PMBOK (Project Management Body of Knowledge), the character contained mapped in the planning of his assault projects:

In the plot, the robbery planning includes all possibility variables, situations between police and hostages, materials needed to execute the plan and what to do with deviations from the project.

By the way, this is one of the hallmarks of the Professor’s planning.

There was always a plan B, C, D, E… All meticulously studied by the team months before execution. Nothing could pass the rigorous quality control (of crime, of course).

“There are people who study for years to earn a salary of s… We’re only going to study for five months.” – Teacher, protagonist of La Casa de Papel 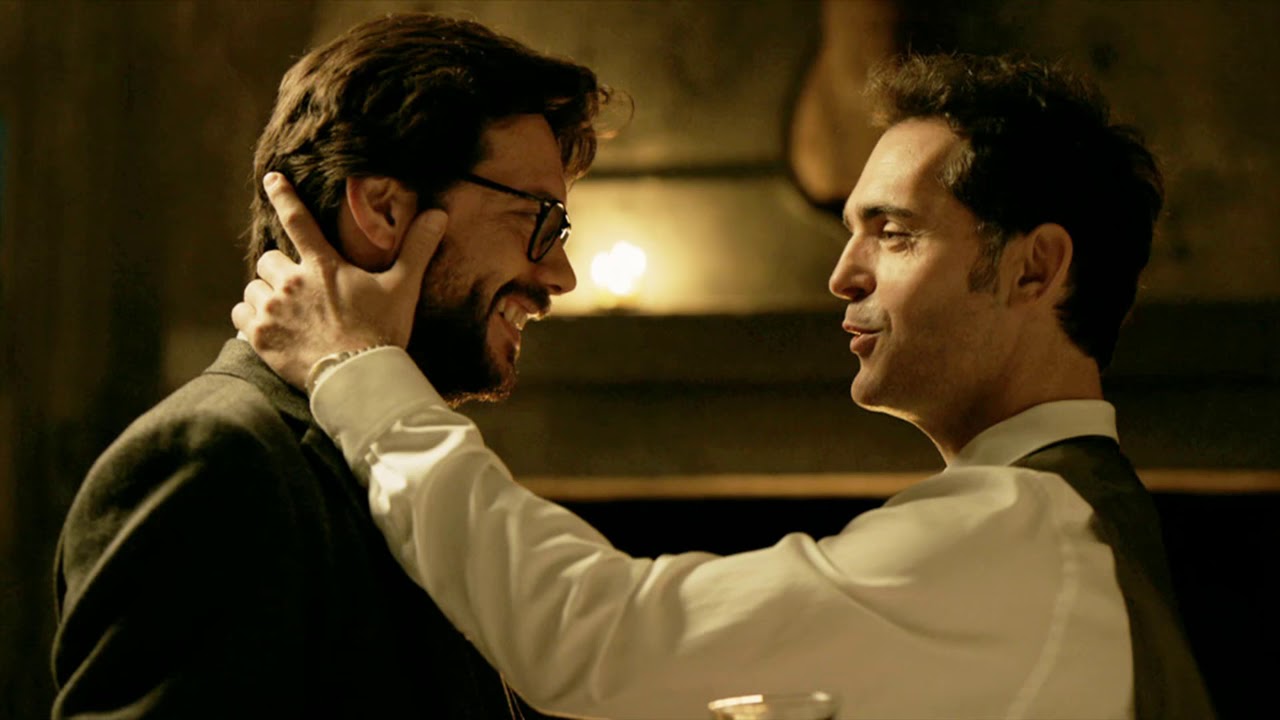 3 – More than mapping, it is necessary to prevent risks

“As in chess, there are situations where to win it is necessary to sacrifice a piece” – Tokyo, one of the main risk generators in the series

As the name itself explains, the inherent risks come from the process itself, in this case the robberies of the Mint and the Bank of Spain.

Acquired risks arise from failures or unforeseen situations. Like all fiction, these are certainly the most common throughout the series.

Risk management in an enterprise is no different. Therefore, it is necessary to classify and grade the impacts of each identified risk.

The grading of the impact is made by estimating the severity and degree of damage in case the risk materializes in an event. The degree of risk impact is the first element to define the risk position in the Risk Matrix of each process. 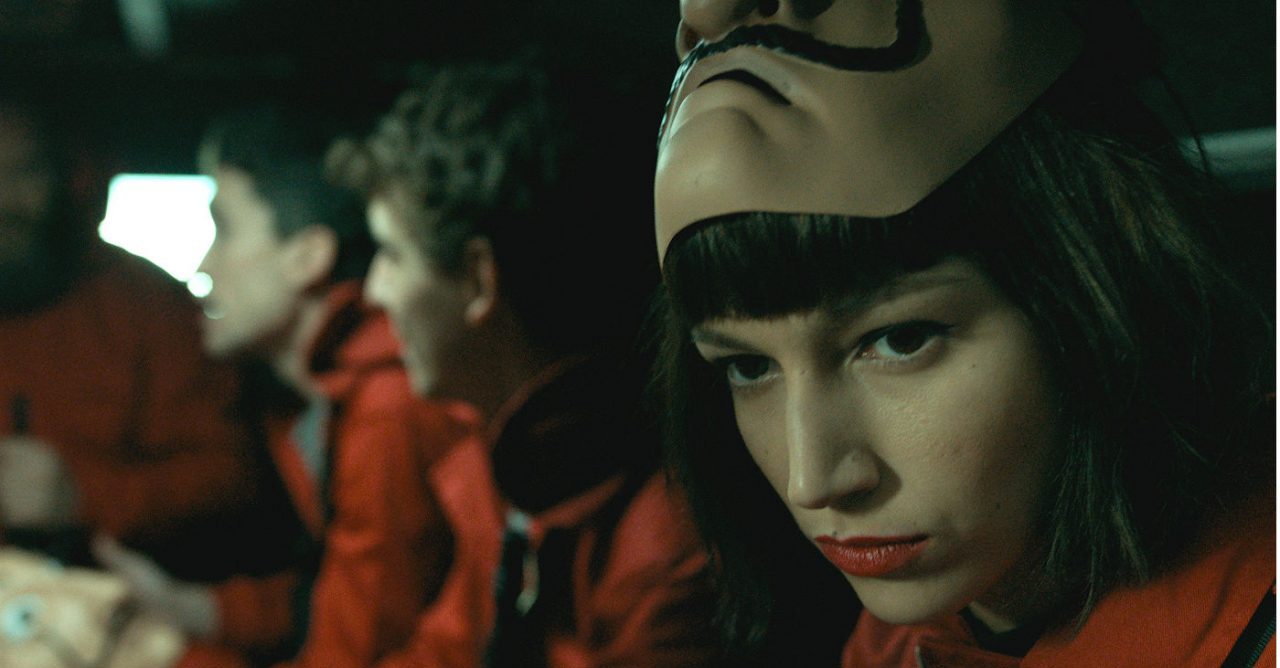 And what is the difference between risks and risk factors?

Risk is what you want to avoid. For example, that a gap in the Professor’s plan exposes a weakness (and there were several in the series) of the process.

Risk factors are situations that increase the likelihood that the risk will happen. On many occasions, affective involvement and decision-making based on emotions caused characters to depart from the main planning, creating risk factors.

It should be noted that the occurrence of a risk factor does not always result in the materiality of the risk.

Once these factors are identified, practices must be listed to block their materialization. If they do, you need to have continuity plans. And at La Casa de Papel there were many! 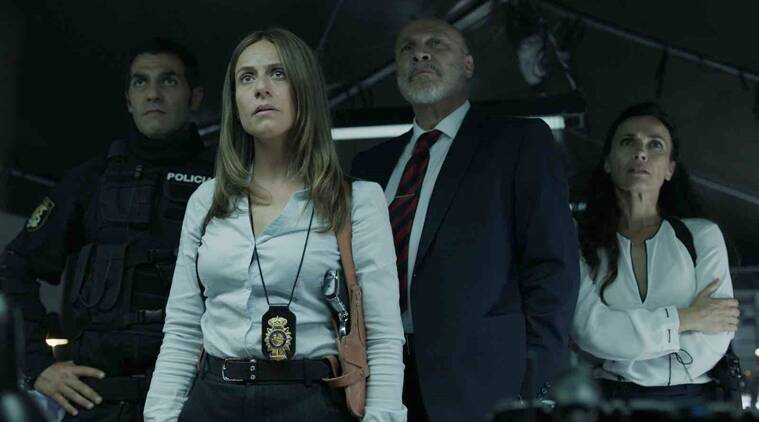 4 – Know your stakeholders and competitors

Until then, there was no greater war leader than Sun Tzu, a Chinese military general who lived between 544 BC and 496 BC.

The philosophy created by him to become a great leader has repercussions on work, management and life itself. One of his main pieces of advice was:

“Keep your friends close and your enemies closer.”

In terms of management, we could interpret the phrase as “know your stakeholders and competitors”.

In La Casa de Papel, it’s not for less.

Before inviting the robbers, the Professor meticulously studied who would be his partners in the enterprise, their strengths and weaknesses, their abilities and their shortcomings. More than that, he also had a deep knowledge of the internal processes of the main competitors: the Real Casa de la Moneda, the Bank of Spain and, of course, the Spanish police apparatus.

This deep knowledge comes from extensive process analysis. According to the latest version of the BPM CBOK, in the set of disciplines BPM – Business Process Management, it is configured as the phase of establishing changes in the enterprise architecture, one of the main phases of the life cycle of management by processes.

This step must contain: 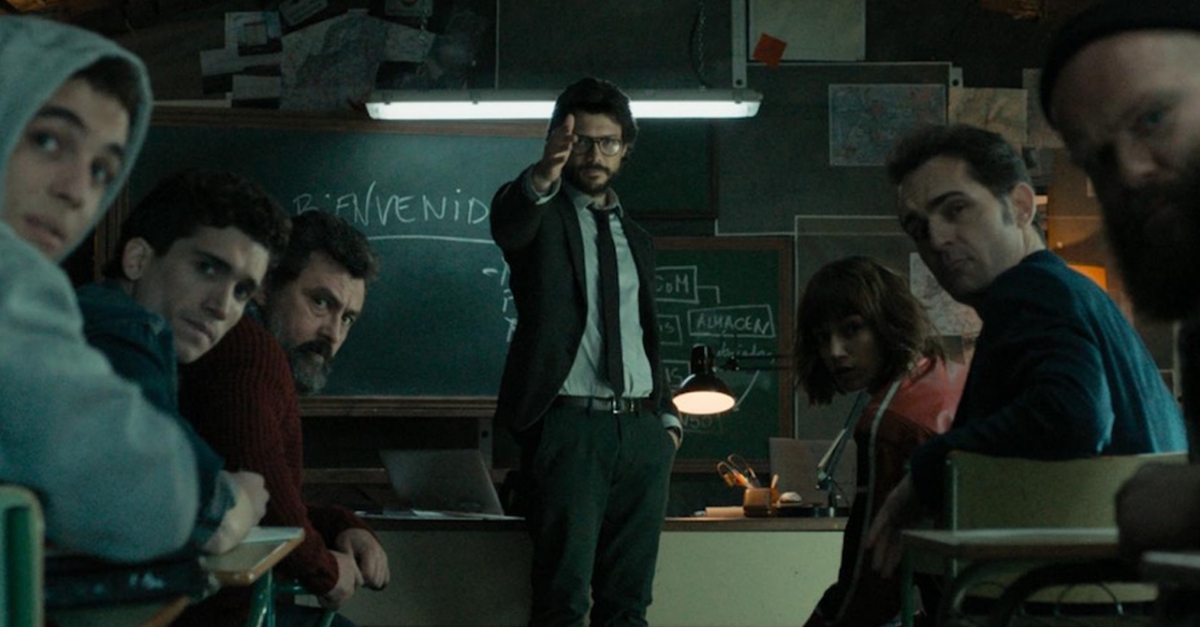 Some analyzes that the Professor may have applied to study his competitors:

Direct observation: Observe the execution of a process in loco, whether it is the transport of money or the routine of building security.

Workplace layout analysis: Workflow and movement of materials and resources. In the series, criminals even had a model of the Mint.

Resource allocation analysis: How a company’s assets are used in a process. Focus on the resources needed to complete a process. It takes into account the competence of the people and the skills in the tools and systems to meet the process.

The last learning is between the lines of the series.

To execute the first heist, it was necessary to plan the payback time, analyze in detail its viability and calculate the payback for all interested parties.

The first point to consider is that the process does not start when the robbery actually starts. In this sense, the calculation of time spent previously to organize, plan and study the details must be part of the project. Likewise, what will be the recovery of money after the completion of the process.

In La Casa de Papel, the return on investment was a watershed in the characters’ lives. They officially gathered in a country house in the Spanish countryside to delve into the sea of ​​plan details.

With the process in place, they would literally live from there without having more worries – except getting caught by the police.

The plan was successful, but not by much. In the initial planning, the criminals had hoped to steal 2.45 billion euros from the Real Casa de la Moneda. In the end, they managed to print 984 million euros, less than half of the projected amount. 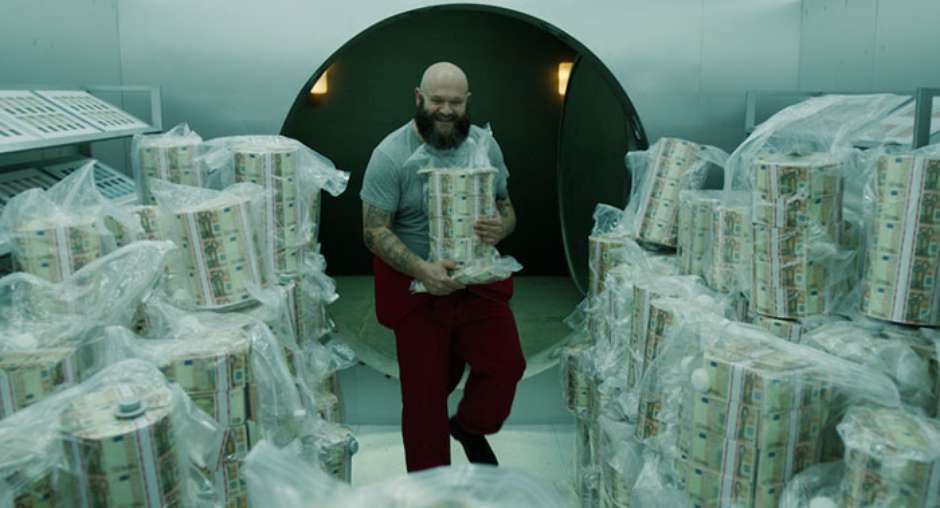 Fiction can offer us lessons beyond the imagined. In addition to the global media phenomenon, La Casa de Papel offers us lessons that we can apply in the field of management – ​​from purpose to strategic planning, from risk management to project management, from process analysis to return on investment.

Interact offers a robust software suite, Suite SA, which manages, monitors and automates all the management lessons presented in this article. Present in clients in Brazil and abroad, we offer the best of corporate technology to drive strategic results in your business.

See more about our strategic solutions

4 tools to stimulate your team's creativity

Customized management software: understand why invest in one