Compliance in history: The germination of the area 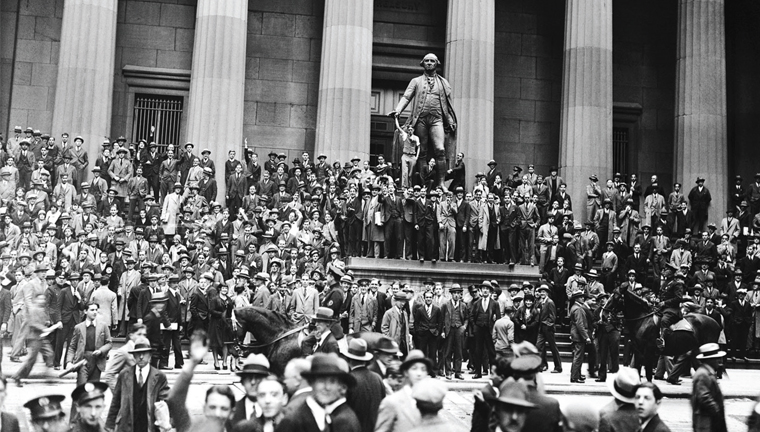 Today Interact begins a series of publications on the history of Compliance. It is based on the research carried out to create the Compliance & Risk Management technology solution, which offers the best of technology for the management of integrity programs, along the lines of the main models in the world. 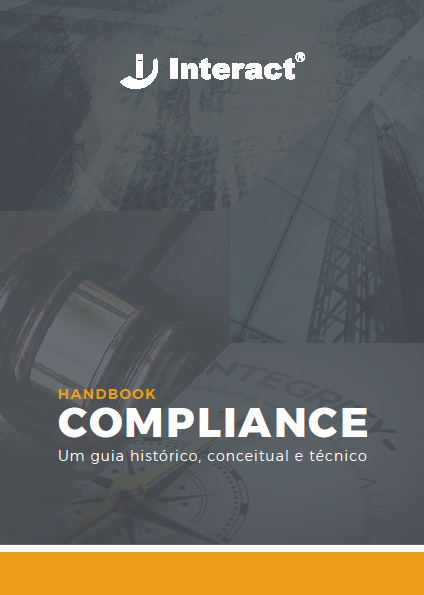 This content is part of Interact’s Compliance Handbook, a 130-page material that includes the history, conceptual foundations, Brazilian legislation, the main models in the world and how Suite SA Strategic Adviser meets these recommendations.

In this first publication, we will fly over some events that, reactively, culminated in the emergence of the area.

A reactive story. So we can summarize the context of Compliance over the years. Evidently, this interpretation does not seek to replace the depth of a historian’s work. Nor do we want time to be seen as a linear evolution. Our purpose is restricted to contextualizing the theme, offering flights over the main events that corroborated the development of the area.

On the one hand, the history of Compliance shows the growing role of the United States, both economically and geopolitically. On the other hand, it underlines the growing search of countries to establish common rules of the game – laws, regulations or foreign trade requirements. In these aspects, the spread of Compliance has surfed historically in the well-known globalization process.

The history of Compliance can be divided into five phases. In the first, between the years 1900 and 1950, we approached the germination of the area. In the second, between 1960 and 1990, we identified the constitution framework in financial institutions. Between 1990 and 2000, the third phase emerged, marked by the fight against money laundering. In the following decade, fraud and stricter laws mark the fourth phase. The fifth moment corresponds to the present decade, notably known as the golden age of the fight against corruption in Brazil.

Compliance did not even exist in that period. At least in the way we know it today. At most, it ran through the legal and audit areas, especially in the financial sector. In contemporary history, this is also a troubled period, with two Great Wars and transnational economic crises. Also at the beginning of the last century, the United States became a kind of breadbasket for Europe, especially for countries in conflict in the First World War (1914-1918).

In parallel with the economic rise of the United States, the purchase of shares on the stock exchange became popular during this period. Marveling at the prospect of profit, companies began investing in the stock market. In turn, in the same euphoria, the population went so far as to sell goods and real estate to acquire bonds. After all, the North American economy was skyrocketing and the financial return was practically guaranteed.

The First War ended and the countries tried to reorganize. Without the war priority, Europe was forced to resume the production of food and industrialized products as a way to alleviate the socioeconomic problems after the conflicts. Thus, nations economically closed themselves off to strengthen domestic markets. As a consequence, the United States was left with no one to sell its products to.

The result of this was a ripple effect: without selling, farms and industries could not pay loans taken from banks, the profit of financial institutions plummeted, companies lost value as the recession worsened, unemployment worsened dramatically beyond the United States and thousands of shareholders have lost large sums of money. All of this culminated in the New York Stock Market Crash in 1929, considered to be the hallmark of this crisis of overproduction.

Mother of seven children, 32 years old, who became the portrait in 1936 of the reflexes of the crisis in the United States. Photo: Dorothea Lange

“[…] The First World War was followed by a kind of truly global collapse, felt at least everywhere where men and women engaged or made use of impersonal market transactions. In fact, even the proud USA, far from being a safe haven from the upheavals of less fortunate continents, has become the epicenter of what was the largest global earthquake measured on the Richter scale of economic historians – the Great Depression. In short: between wars, the capitalist economy seemed to collapse. Nobody knew exactly how to get it back ”.

Confidence in the capital market needed to be restored to recover the economy. To contain the Great Depression, the United States introduced the New Deal in 1933, which consisted of a series of programs, public works projects, financial reforms and regulations for economic recovery. Lasting until 1936, the government proposal included new restrictions in the banking sector and efforts to reinflate the market after prices fell dramatically.

Until then, securities markets were poorly regulated by the United States government. Among the actions of the New Deal, the Securities Law was created in 1933 to increase confidence in the capital market, requiring uniform disclosure of information on public securities offers. In 1934, law enforcement power was transferred to the newly created U.S. Securities and Exchange Commission (SEC) regulatory agency.

The Securities Law implemented by the SEC has two main purposes:

The rules in the financial market started to tighten. In 1940, with the Investment Advisers Act and Investment Company Act, the United States began to require companies or professionals offering investment advice to be registered with the SEC and comply with regulations. The objective was clear: to protect investors from possible fraud.

The Investment Company Act is the primary statute that regulates funds. The Investment Advisers Act is based on principles, with some specific restrictions. In general, it protects investors with anti-fraud provisions and the application of fiduciary duty. Throughout its 79 years, the SEC has used these devices on several occasions, due to practices such as the inappropriate disclosure of information on conflicts of interest, expenses and loans (HARVARD LAW SCHOOL, 2015).

In the world, currencies depreciated dramatically during this period and trade between countries declined. In order to seek the stabilization of the International Monetary System, the historic Bretton Woods conference in 1944 presented as measures the adoption of capital controls to avoid threats of crises between wars.

In addition, the International Monetary Fund was founded, formally launched in the following year, with the purpose of offering financing to economies in difficulty in payment, in addition to monitoring and penalizing countries that destabilize the financial system (EICHENGREEN, 2012).

In 1940, with the Investment Advisers Act and Investment Company Act, the United States began to require companies or professionals offering investment advice to be registered with the SEC and comply with regulations. The objective was clear: to protect investors from possible fraud.